‘The Maker’s Weekend’ is an initiative of the AustralianMusical Theatre Festival designed to nurture and upskill local, Tasmanian theatre makers and beyond. Previously an existing part of the AMTF’s annual May offering, this bespoke festival is designed to unite local practitioners with brilliant industry leaders, all in pursuit of creating theatre.

The weekend features a unique combination of classes, panels and performances, with the development of a new Australian musical, ‘Paper Stars’, underpinning the activities. Whether you are a director, writer, actor, stage manager, producer, choreographer, musical director, composer you’ll find gold in the collaborative program and open activities.

11am - 1pm Directing - Interrogating the Material with Tyran Parke $30 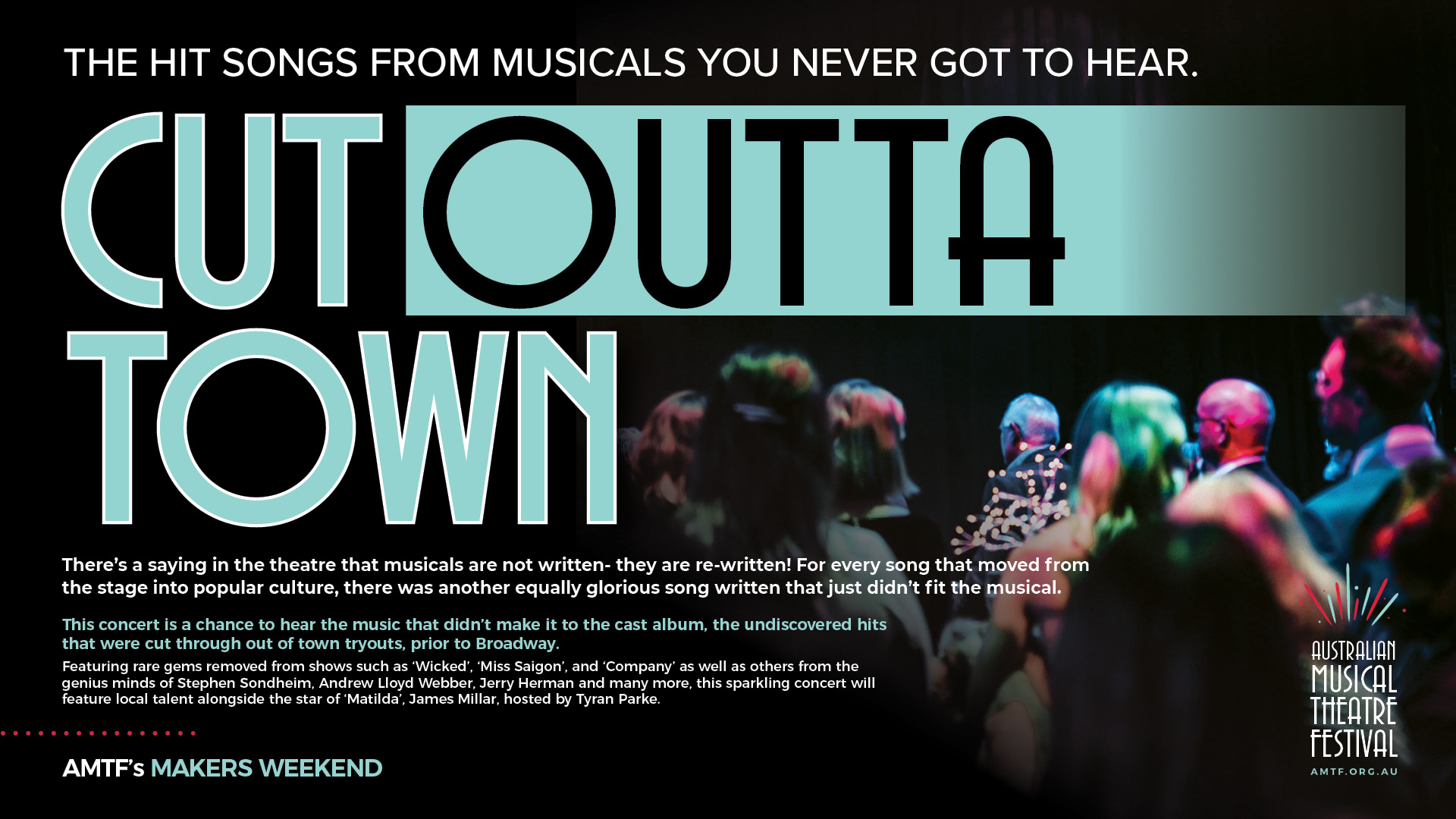 The hit songs from musicals you never got to hear! 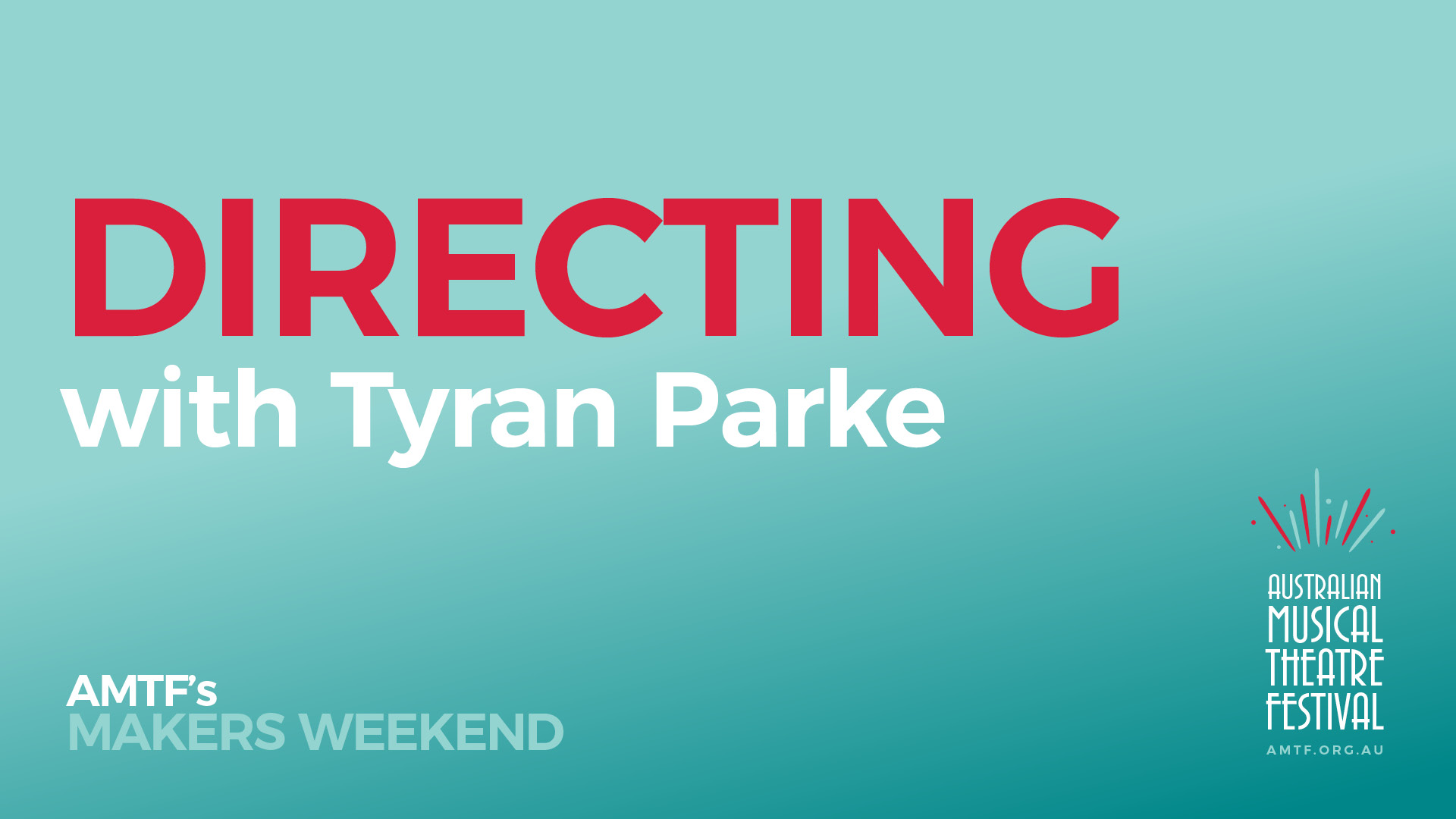 Interrogating the Material with Tyran Parke 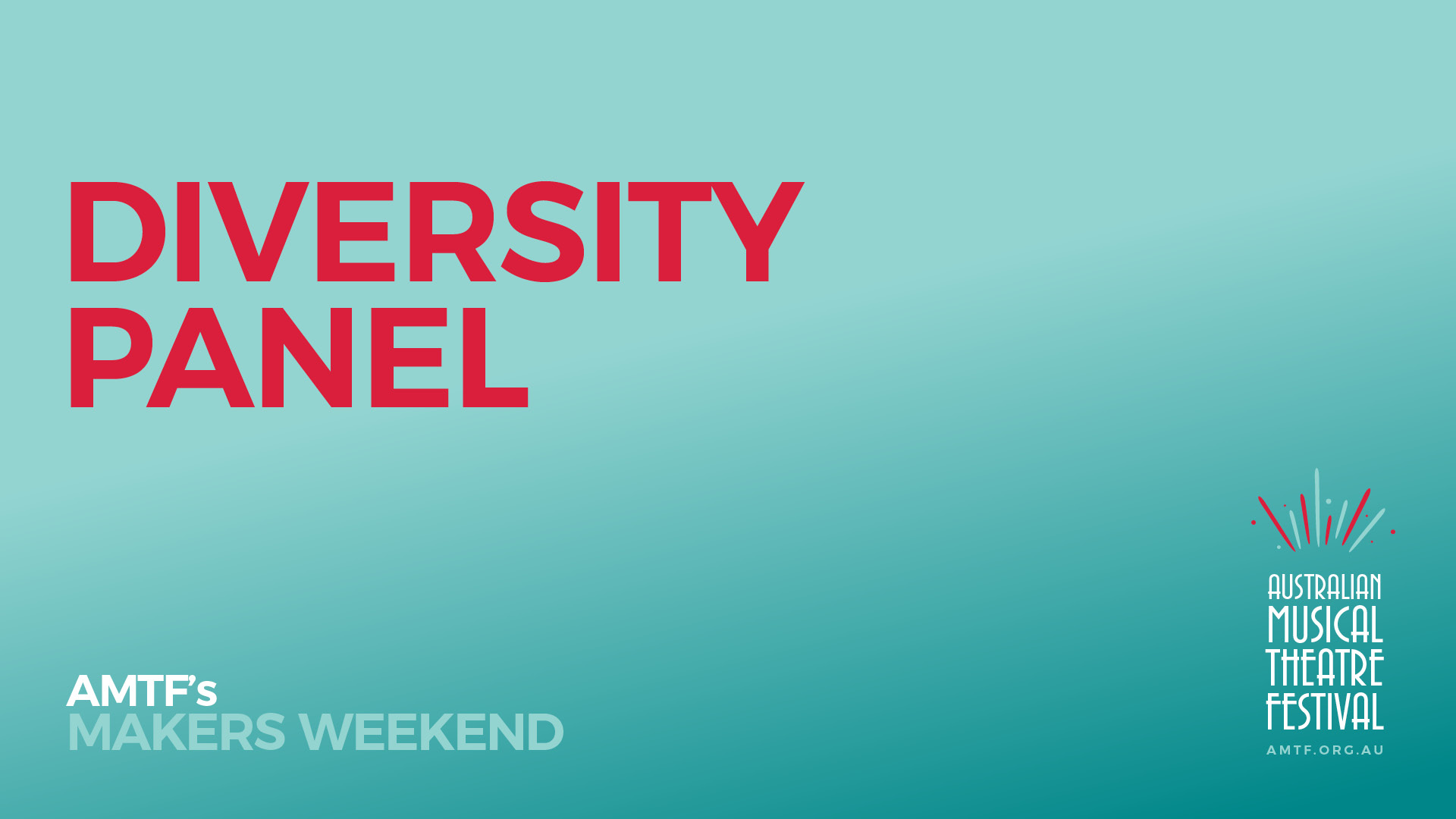 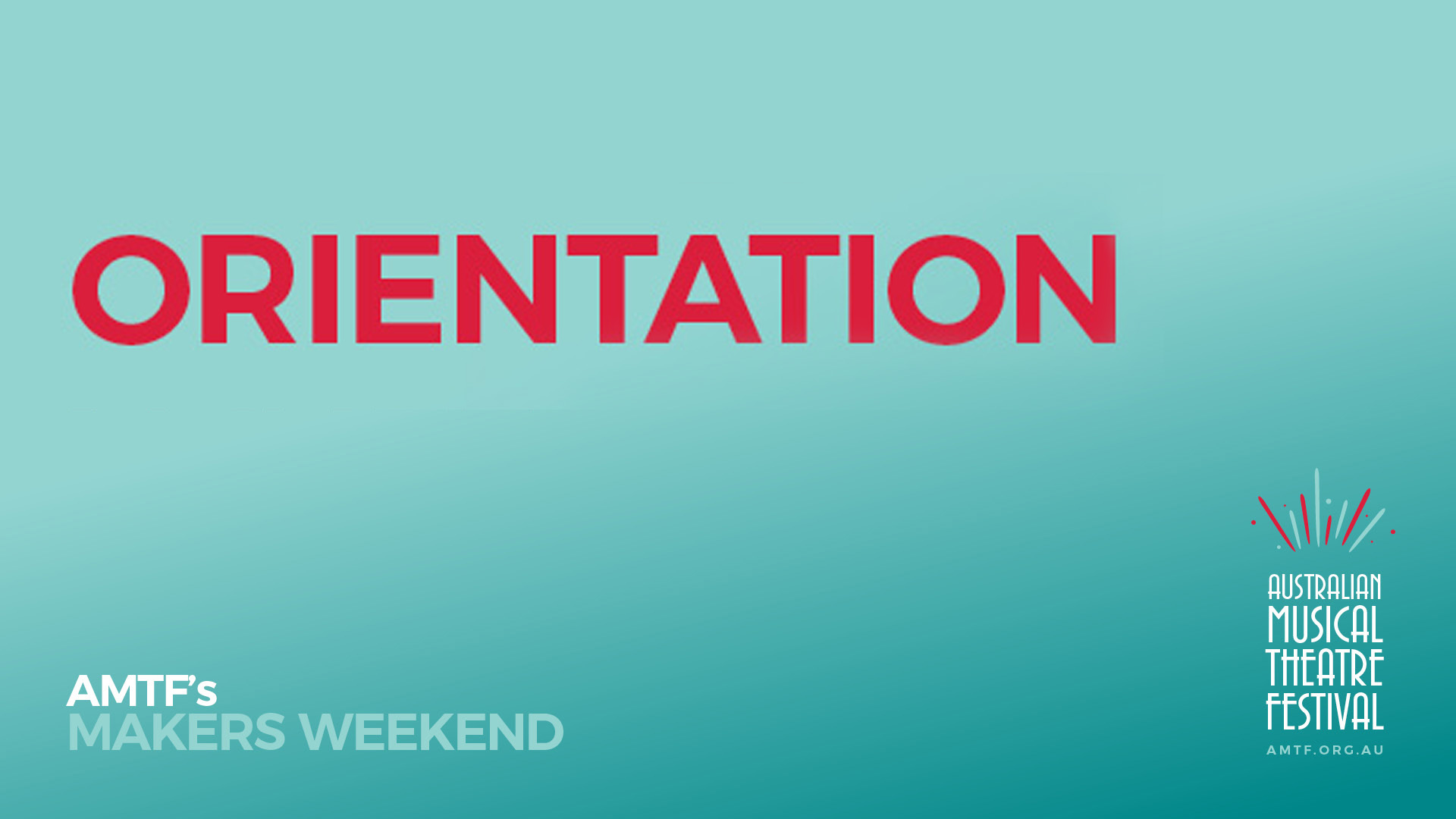 Discover what the weekend will bring 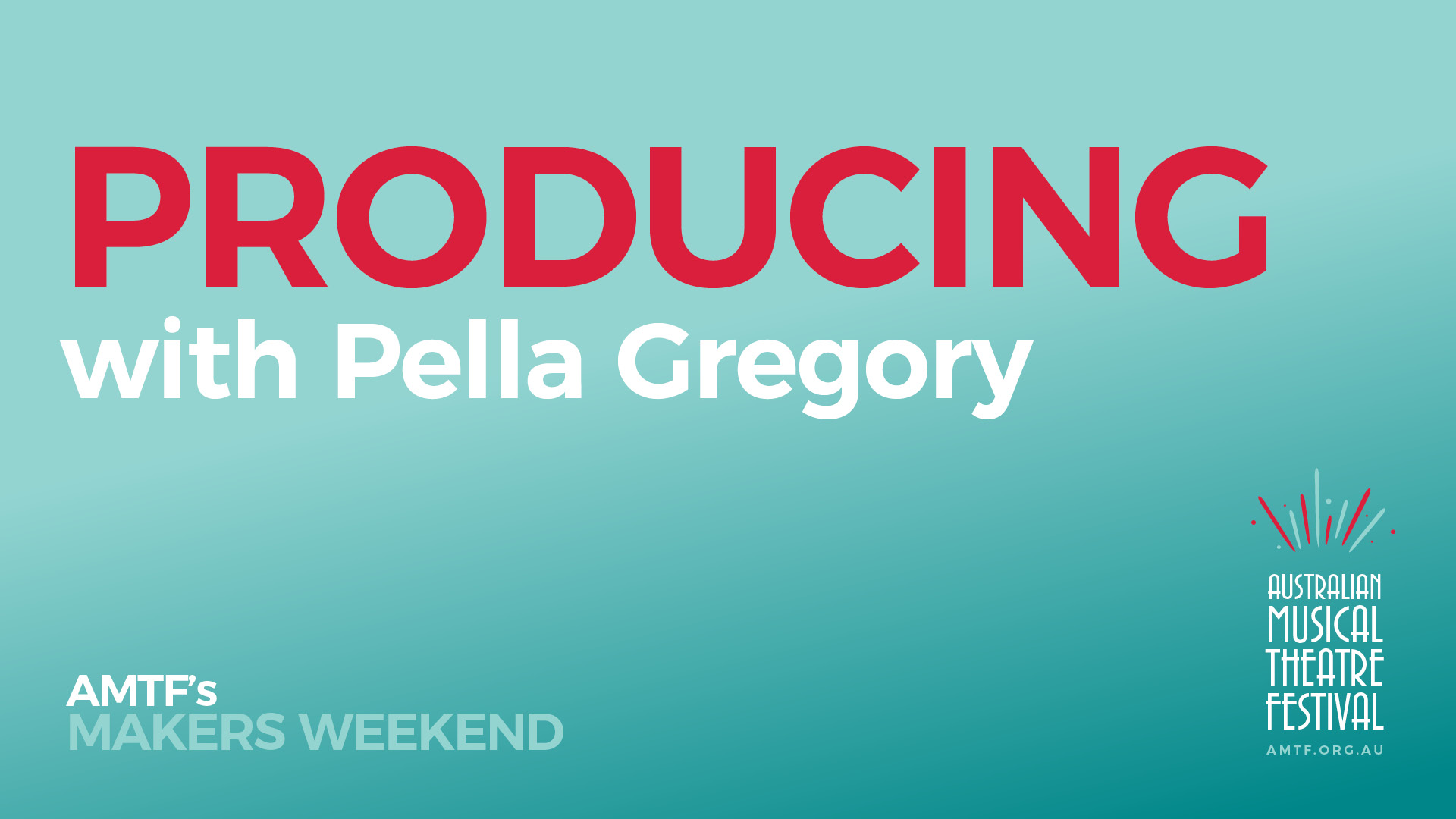 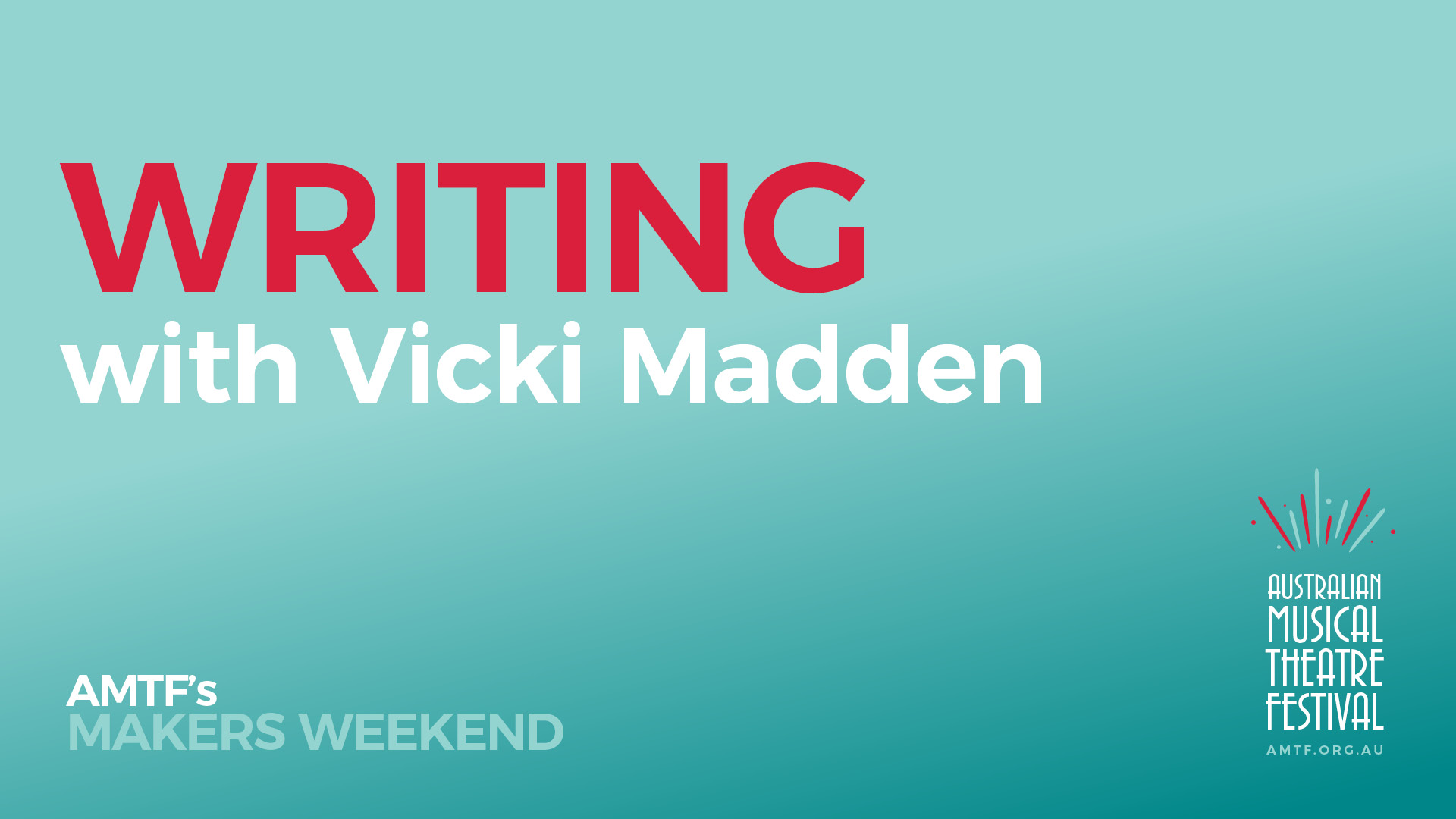 Discover the art of stortytelling with one of the best 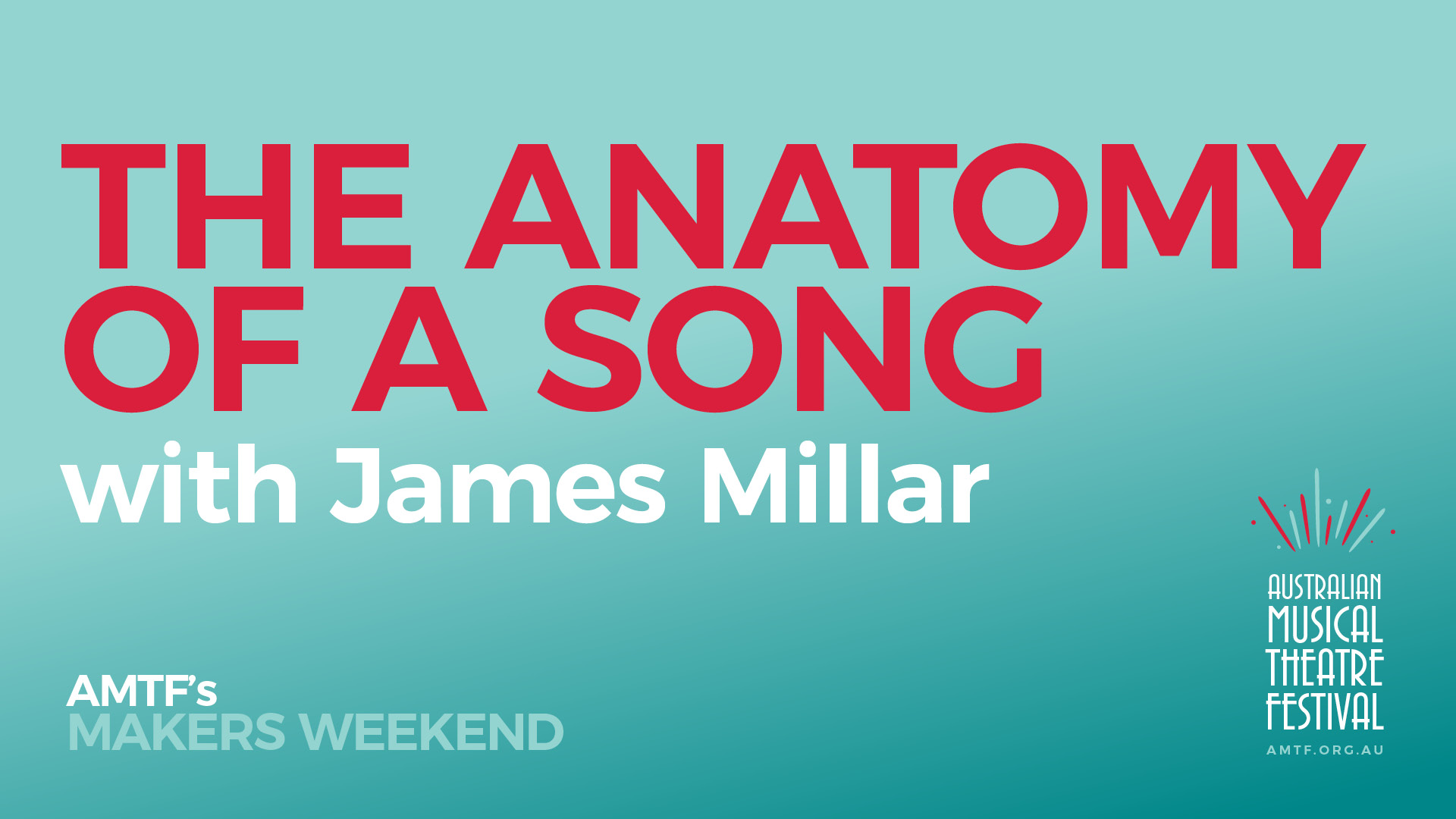 Anatomy of a Song with James Millar

Acting through song with James Millar 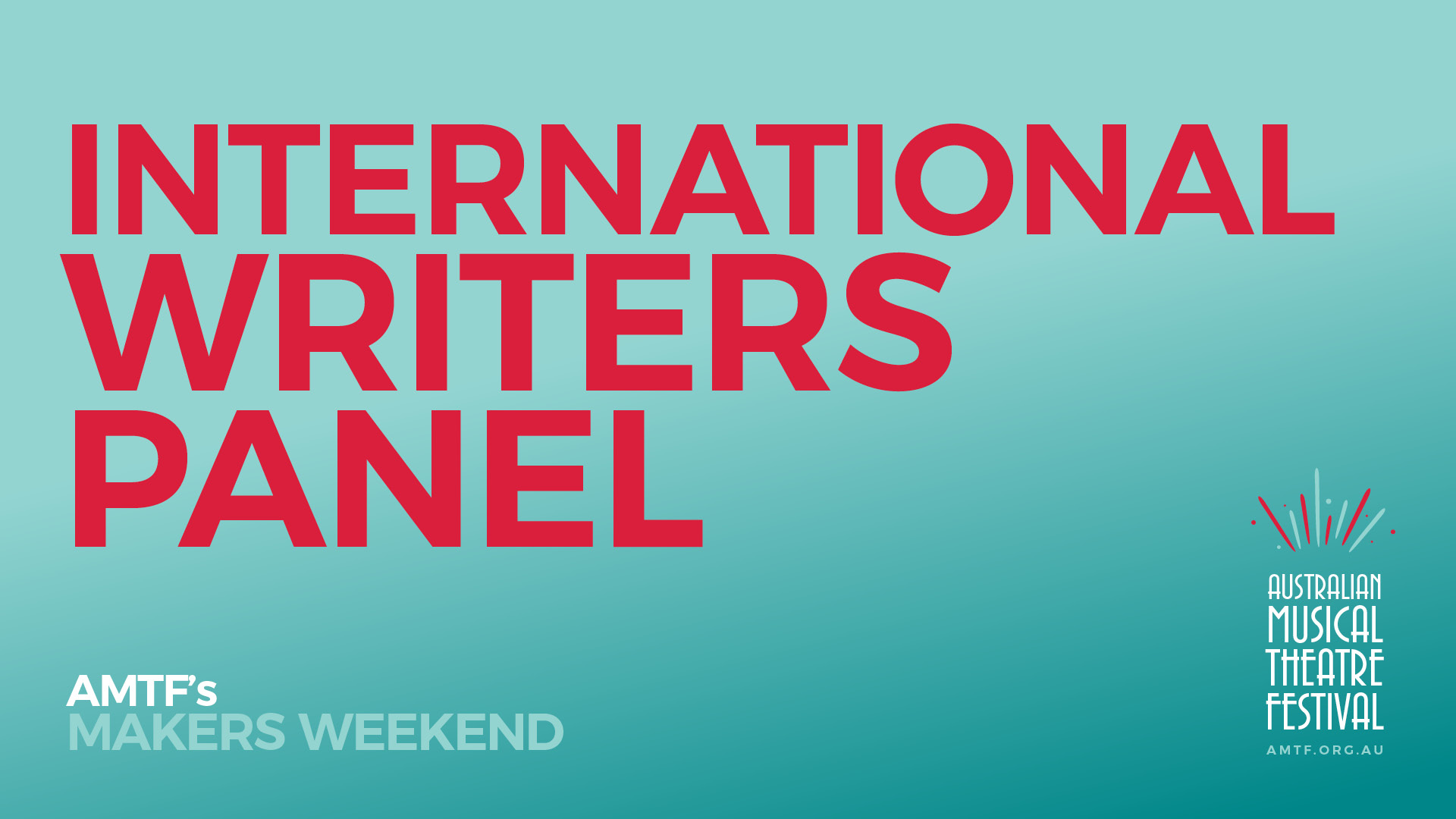 Connect with writers around the globe to discuss what makes a good story sing! 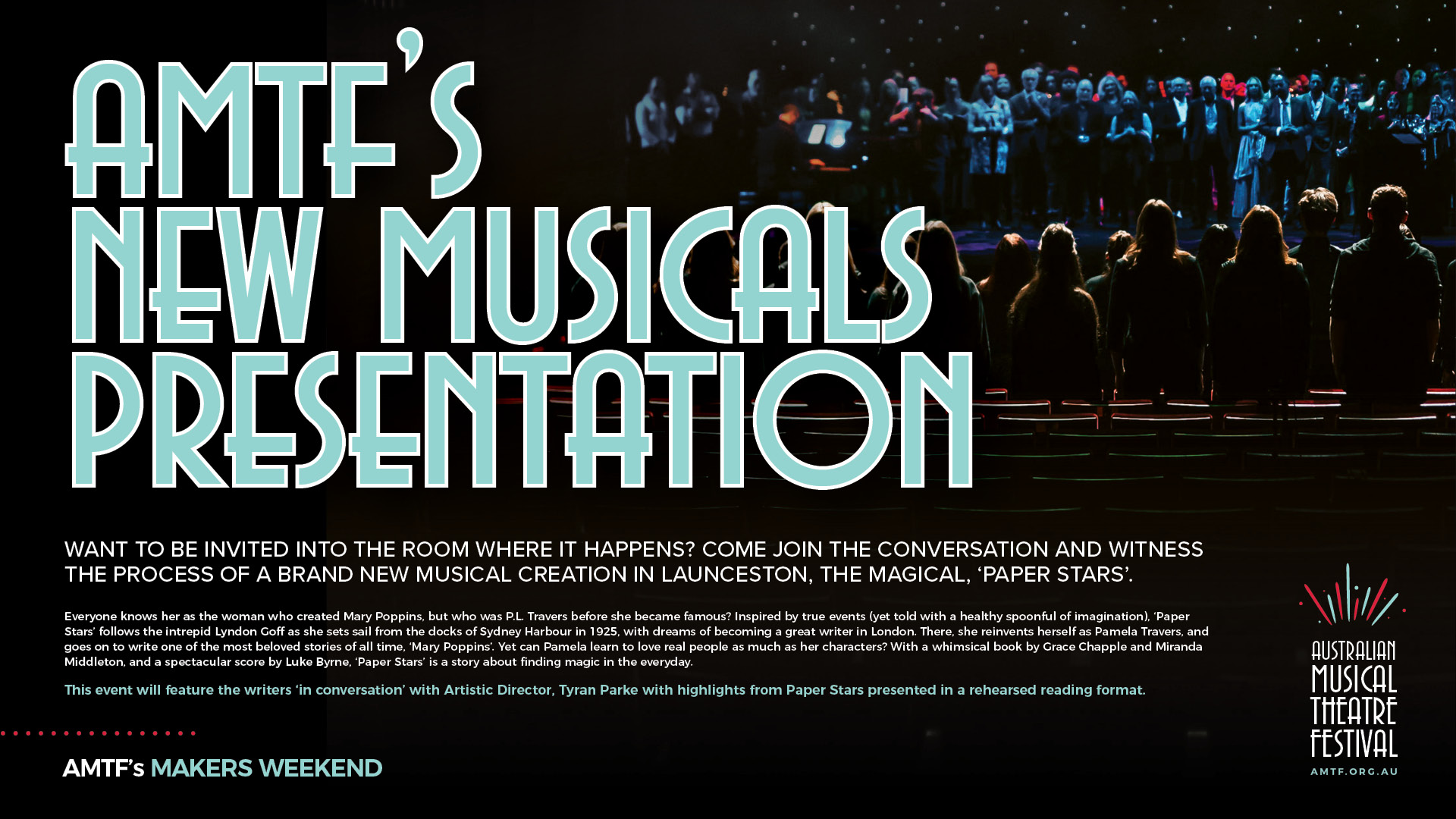 Want to be invited into the room where it happens? Come join the conversation and witness the process of a brand new musical creation in Launceston, the magical,‘Paper Stars’. 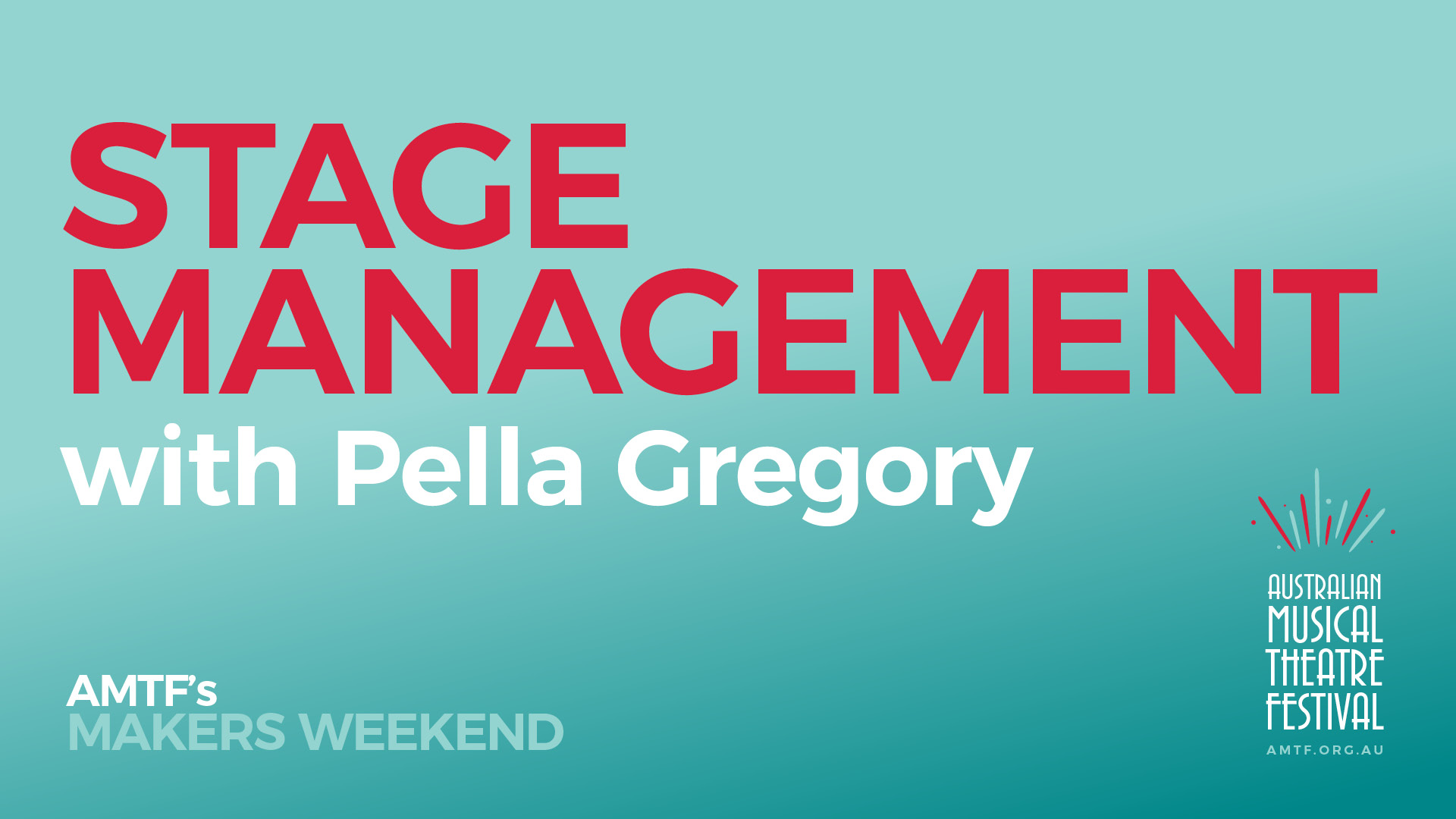 Learn the skills required to be a great Stage Manager 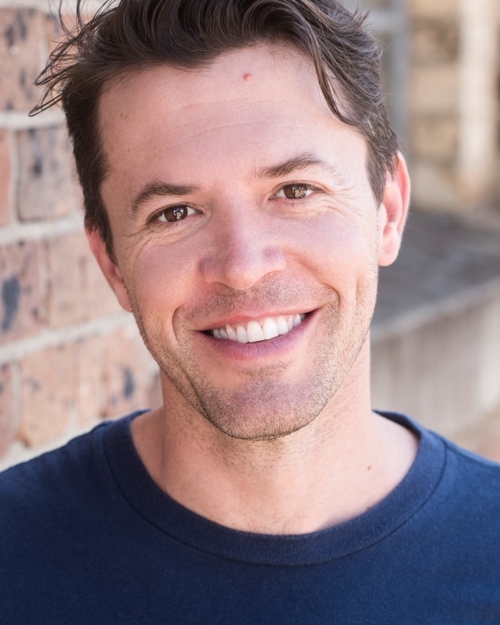 Tyran is a director, singer, producer, educator who runs his own company, Clovelly Fox Productions, is the Head of the Victorian College of the Arts (VCA) Musical Theatre Program and is the new Executive Producer of the Australian Musical Theatre Festival, in Launceston. With credits that span Shakespeare, plays, musicals, cabaret, concerts and opera, Tyran is considered one of Australia’s most exciting directors. Professional Directing credits include the musicals; ‘Jekyll and Hyde’, ‘Lovebites’, ‘Cheek to Cheek’, ‘Rent’, ‘The Goodbye Girl’, ‘A Chorus Line’, ‘Hello Again’, “Sunday in the Park with George”  the plays; ‘Thom Pain’, ‘Pool (no water)’, ‘The Laramie Project’, ‘Great Expectations’, ‘Proof’ and the operas; ‘The Coronation of Poppea and ‘The Fairy Queen’.Concert work includes the acclaimed ‘Rob Mills is Surprisingly Good’ ,Debra Byrne and Vika Bull in ‘Tapestry’, Caroline O’Connor’s, ‘From Broadway with Love’ and three separate national tours of ‘From Broadway to La Scala’ , over a six-year period.  Other productions include the acclaimed, ‘Ordinary Days’ (Green Room Award – Best Director), ‘Big Fish’ (Broadway World and Glugg nominations- best director), Falsetto’s’, (Green Room Nomination- Best Director) and the opera ‘The Coronation of Poppea’ (Opera Chaser Award – Best director of an Opera) ‘Assassins’, ‘Into the Woods’ and ‘Follies’. Tyran directed the musical, ‘Barnum’ starring Todd McKenny and Rachael Beck and directed the national tour of ‘Chess’ starring Natalie Bassingthwaighte, Paulini and Rob Mills. 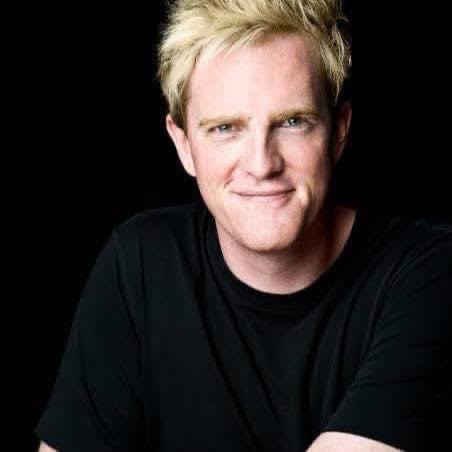 James is the recipient of the Sydney Critics Award and the HelpmannAward for best leading actor in a musical. He did a degree in Writing and Communications at the University of Technology, Sydney; and in performance in Musical Theatre at WAAPA. His stage credits include Trunchbull in the Australian/New Zealand tour of Matilda, Jud Fry in Oklahoma!,Chucky in Jerry Springer at The OperaHouse, Doug in Gutenberg, NoëlCoward in Noël and Gertie, Mitchell in The Little Dog Laughed for TheEnsemble Theatre, a European tour of Chess and most recently as Alan Bennett in the MTC’s Lady in the Van opposite Miriam Margolyes. He has also performed inWagner's Ring Cycle at London's RoyalOpera House and has narrated 15 audiobooks in England. Most recently he playedThe Baker in the acclaimed production of Into The Woods with Watch This.He is the book and lyric writer of The HATPIN, Lovebites, A Little Touch of Chaos and most recently was commissioned to adapt The Dressmaker through the Pratt Foundation/Monash. James has a great love for new work and in 2020, he put together hope, new work development initiative to help the theatre-writing community exercise their creative muscles during the 2020 Coronavirus pandemic. In 2022, James was awarded the Green Room Award for best leading actor in a musical for his performance in ‘Into The Woods’. As a teacher and director James has worked at WAAPA, VCA, Monash, The Australian Musical Theatre Festival and NIDA. 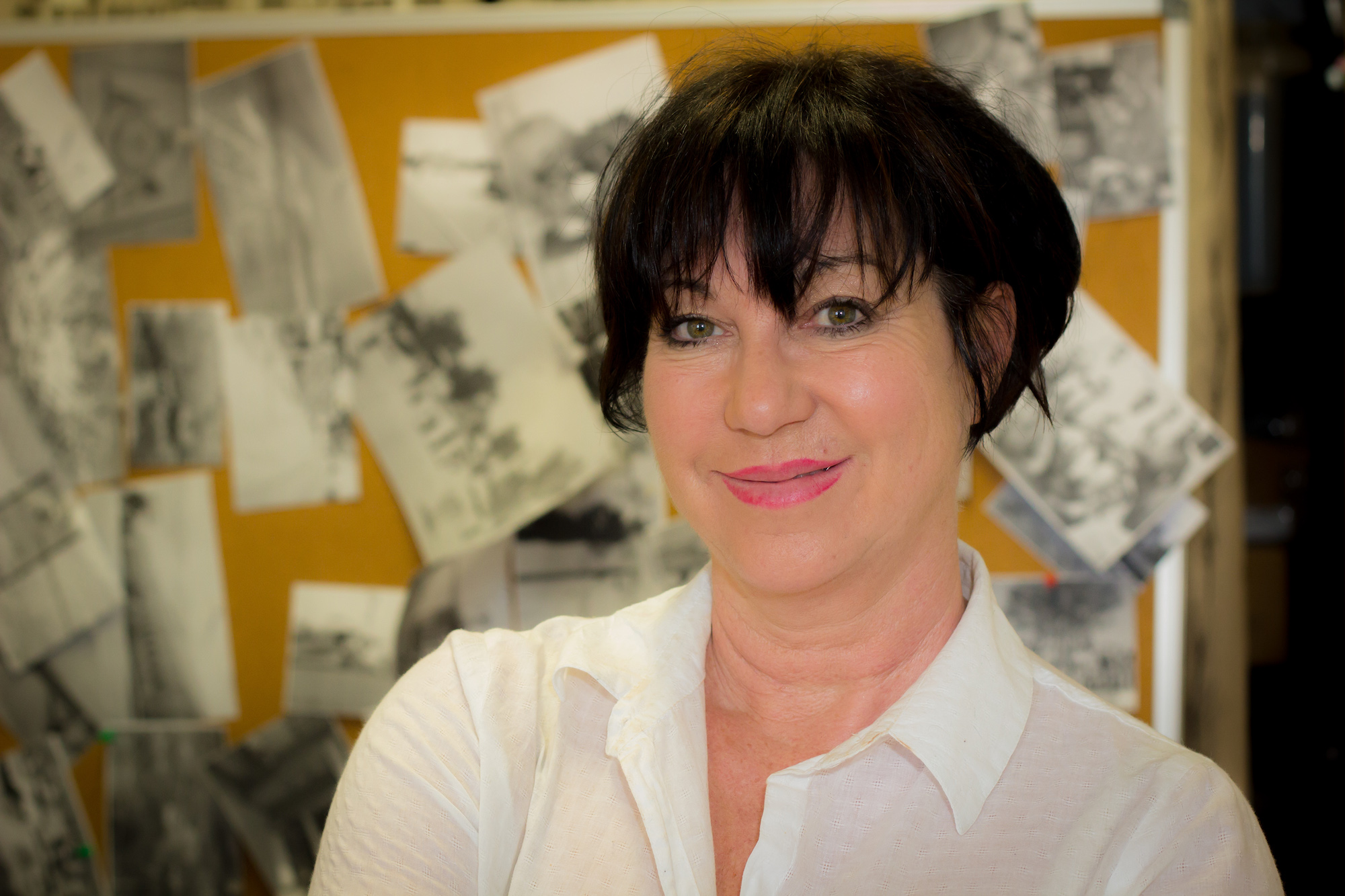 Vicki Madden is a Producer, Writer and Show-runner with over 25 years experience in the television Industry both in Australia and overseas. She has worked as Writer and Show-runner on such shows as Halifax fp (AUS), The Bill,(UK), Trial & Retribution with Lynda La Plante (UK), The Clinic (Ireland), Water Rats, Stingers (AUS) and K9 (UK) to name a few. She was also the writer of the 90-minute true crime telemovie for the 9 Network and Playmaker media Blood Brothers. Vicki runs her own Production Company, Sweet Potato Films, a small boutique film and TV company in Tasmania, her home state, and has co-created, co-produced and written the critically acclaimed TV series, The Kettering Incident and more recently, created and wrote the highly commended Disney/STARZ/AUS Series, The Gloaming, set against the stunning backdrop of Hobart. TKI has enjoyed stunning award success both in Australia and overseas, winning the Special Jury Prize at the prestigious Series Mania Festival in Paris, with David Chase (Sopranos) as head Juror, four AACTA awards, the SPAA award foremost outstanding telemovie or mini-series and two Logie awards for outstanding telemovie or mini-series. Madden was short-listed for an Australian writer award (AWGIE) for excellence in writing and for the prestigious NSW Premier’s Literary Award. 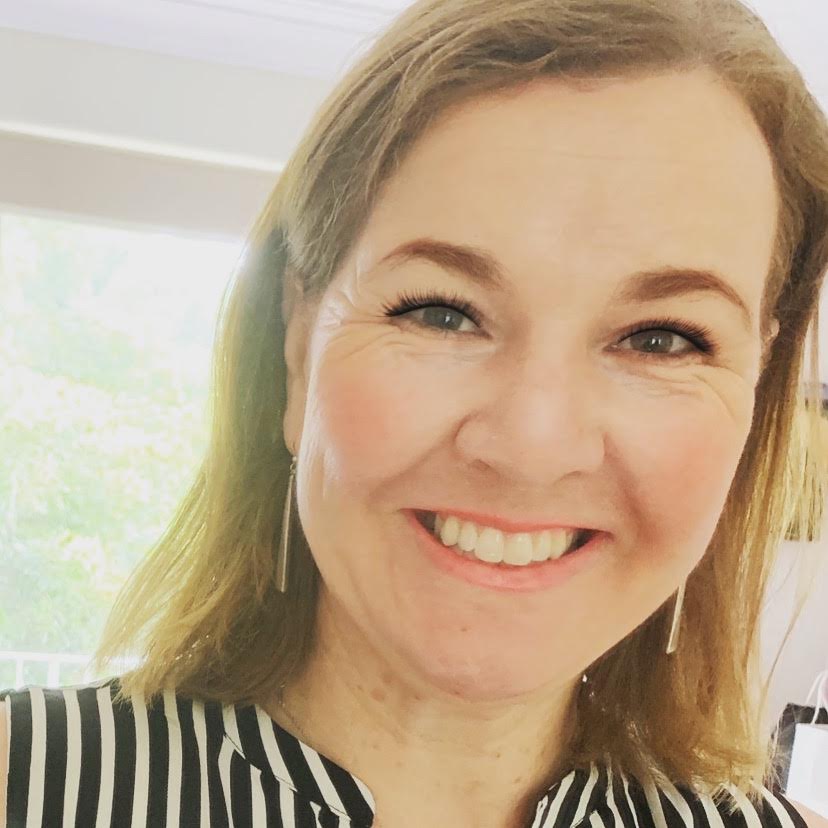 Currently a Senior Producer for Opera Australia working on (indoor) musicals, Pella is the lead producer on The Phantom of the Opera and Rodgers + Hammerstein’s Cinderella. Other recent theatrical credits for Opera Australia include West Side Story (with GWB Entertainment) and My Fair Lady directed by Dame Julie Andrews (with John Frost for GFO).  Other credits include King Kong, Strictly Ballroom (Global Creatures); the EMEA tour of Beauty And The Beast (BEG and NETworks), Clusters of Light staged in Egypt (Multiple International), Priscilla Queen Of The Desert (Nullarbor Productions); and national and international tours of The Age I’m In (Force Majeure). Pella spent time in Saudi Arabia helping to program and run the Kingdom’s first proscenium arch theatre. She loved working on an oratorio staged in an Egyptian military stadium playing to 6,000 people every night. She’ll tell you that Sydney Festival is one of the best jobs in the world. She has enjoyed a lot of time in darkened theatres listening to showtunes performed by talented people she is proud to support. And still, her favourite stories are from Hulkamania – Let the Battle Begin (CSEG), in which she toured the country wrangling the likes of Hulk Hogan, Brutus Beefcake and Vampire Warrior. 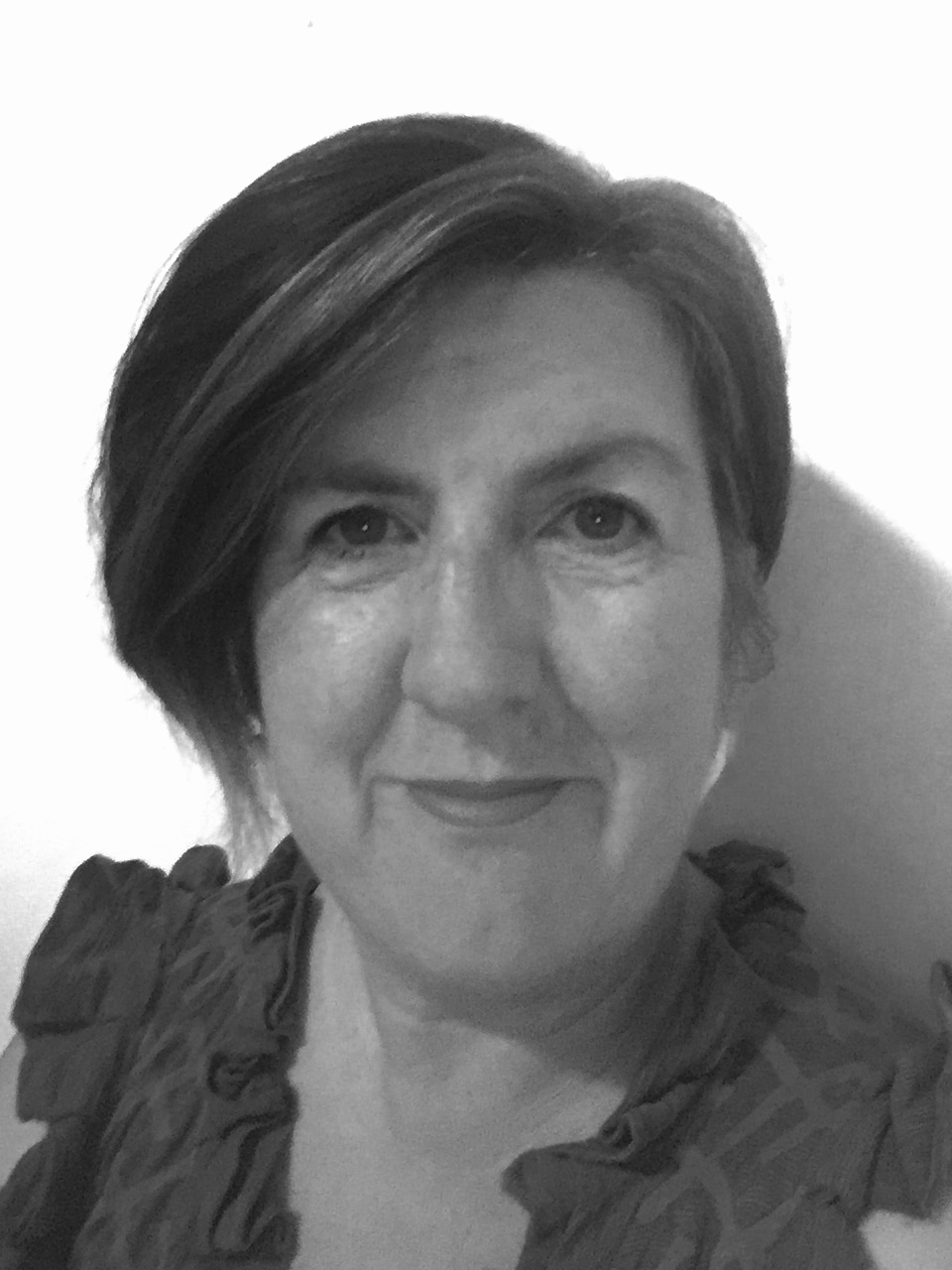 Described as “magic” by esteemed pianist and accompanist Malcolm Martineau, Amanda has worked as accompanist, vocal coach, pianist and music director with Opera Australia, OzOpera, VCA, Opera Queensland, Adelaide Cabaret Festival and Tasmanian Symphony Orchestra. A keen collaborator, Amanda has also acted as music director for brand new shows performed at Festival of Voices, Adelaide Cabaret Festival, Melbourne Cabaret Festival, Melbourne Comedy Festival, St Martins Youth Arts and Junction Arts Festival. Having recently left her role as Associate Lecturer in Accompaniment Studies and Co-ordinator of Classical Voice at the Tasmanian Conservatorium of Music, Amanda has spent the first half of 2021 performing at Mona Foma and Ten Days On The Island, preparing to perform at the Adelaide Cabaret Festival (with New York based Australian performer Kim Smith), and preparing singing workshops for teenage girls at Festival of Voices. A passionate advocate for community group singing, Amanda runs the Hobart Glee Club, a zero-obligation choir that meets once a week. Amanda’s proudest achievements are her two daughters, Lily and Sophia.