Long before Jason Robert Brown positioned himself as one of Broadway’s finest composers, he took a trunk of abandoned, individual songs and tied them together with a theme, a significant moment of change.

Originally written as a chamber piece for four performers, ‘Songs for a New World’ has been a cult hit for more than 30 years but has never felt more relevant.

Now, through exclusive permission from the composer, Australian Musical Theatre Festival is proud to present an ambitious celebration of this work, featuring a dazzling mix of our greatest stars and emerging local talent.

This will be the festival’s first presentation of a musical and will be performed in concert with an eight-piece band, under the musical direction of Hobart’s Amanda Hodder, twenty-one years after she was AMD for the Australian premiere.

“In desperate need of a restorative evening? Here’s one.” New York Times, 2018.

No filming or professional photography. 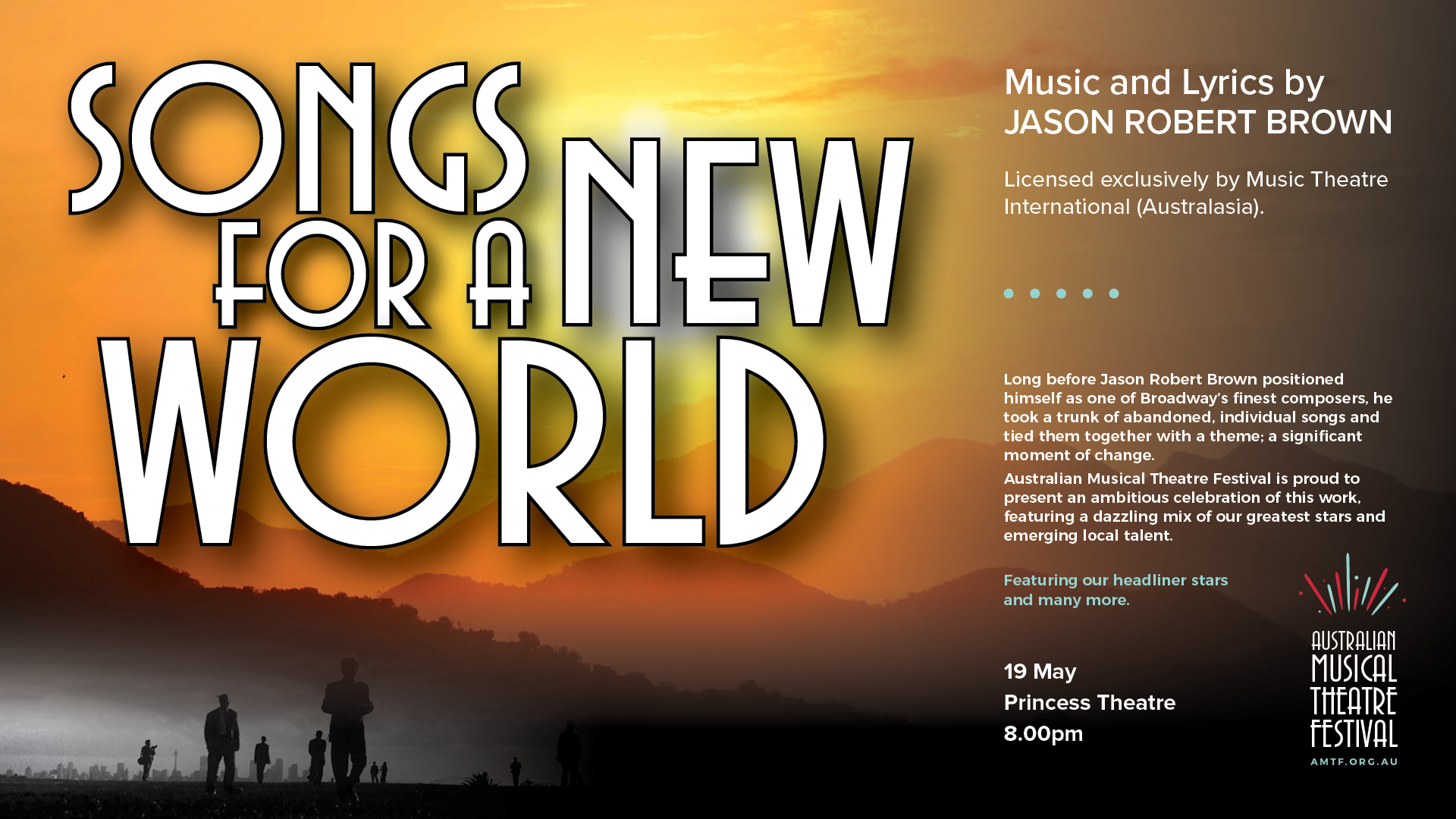