Broadway and West End star Philip Quast takes us on a captivating journey through the songs and stories of his incredible life.

From his parents’ dusty turkey farm in Tamworth to the dressing rooms of glittering theatres worldwide, the multi-award-winning star of musicals, plays and film joins acclaimed pianist Anne-Maree McDonald to find an answer to the question: ‘Is This All Then?’

A true star with four-decade career spanning musicals, plays, film and television, Philip Quast has won the hearts of Australians, from the millennials who grew up watching Play School to the thousands who’ve seen his definitive Javert in Les Misérables.  Other acclaimed performances include leading roles in Mary Poppins, South Pacific, Evita Sunday in the Park with George, La Cage Aux Folles, Sweeney Todd, Into the Woods, Follies, Candide and many more.

A lifetime in the theatre has given Philip a wealth of anecdotes and stories, and he wraps them up in an eclectic blend of songs for this intimate show – just him, an armchair and his good friend Anne-Maree McDonald at the piano as he asks: ‘Is This All Then?

A true gentleman of the theatre, a true highlight of the Festival.

No filming or professional photography 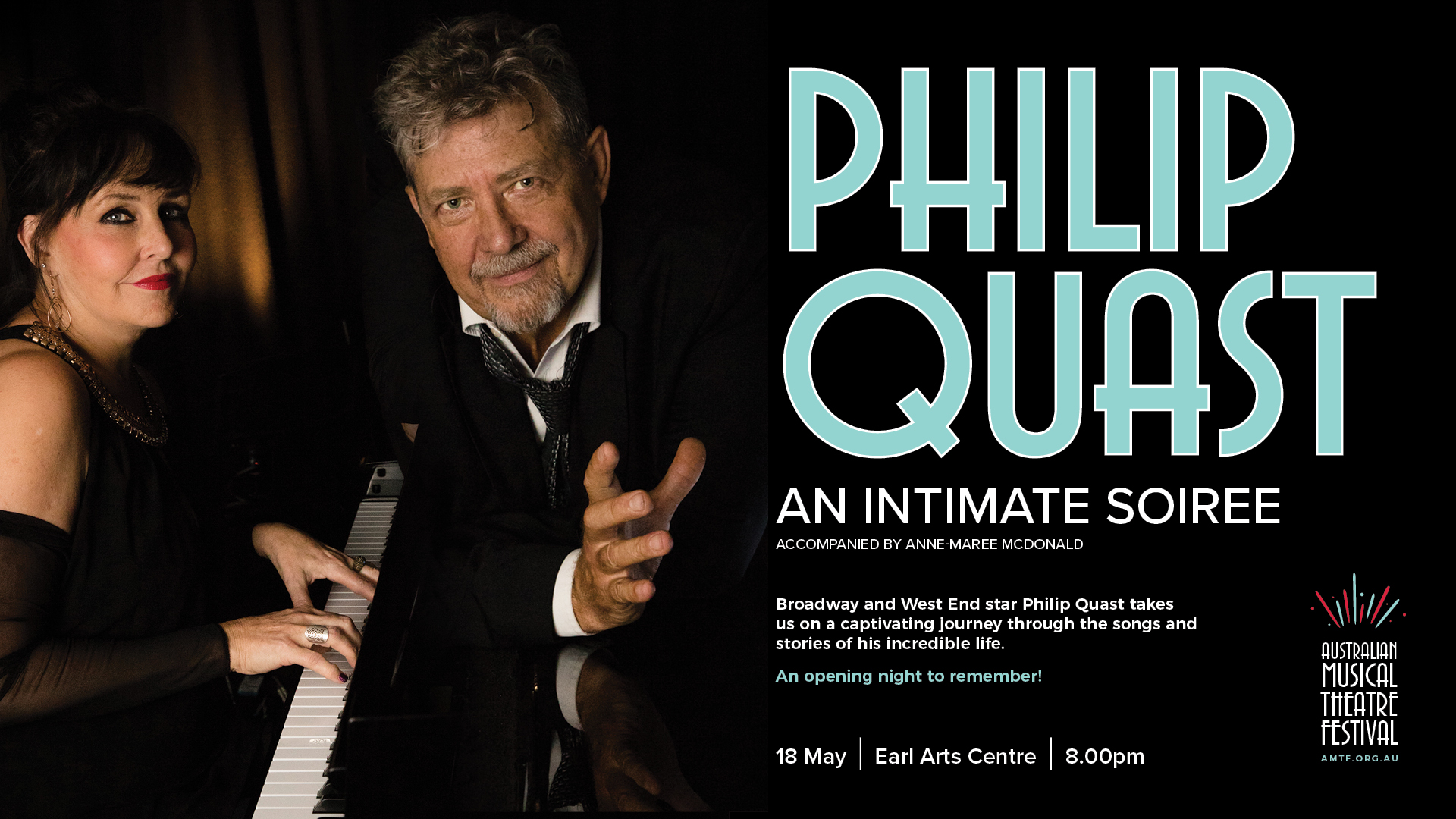