After the remarkable reception at the AMTF, ‘Makers Weekend’, the sparkling new musical ‘Paper Stars’ returns to the festival as a full concert presentation.

Everyone knows her as the woman who created Mary Poppins, but who was P.L. Travers before she became famous? Inspired by true events (yet told with a healthy spoonful of imagination), ‘Paper Stars’ follows the intrepid Lyndon Goff as she sets sail from the docks of Sydney Harbour in 1925, with dreams of becoming a great writer in London. There, she reinvents herself as Pamela Travers, and goes on to write one of the most beloved stories of all time, ‘Mary Poppins’, but can Pamela learn to love real people as much as her characters? With a whimsical book by Grace Chapple and Miranda Middleton, and a spectacular score by Luke Byrne, ‘Paper Stars’ is a story about finding magic in the everyday.

Staged reading directed by Miranda Middleton, starring Jodie Harris, Samantha Hammersley, Gerard Lane and many others to be announced.

No filming or professional photography 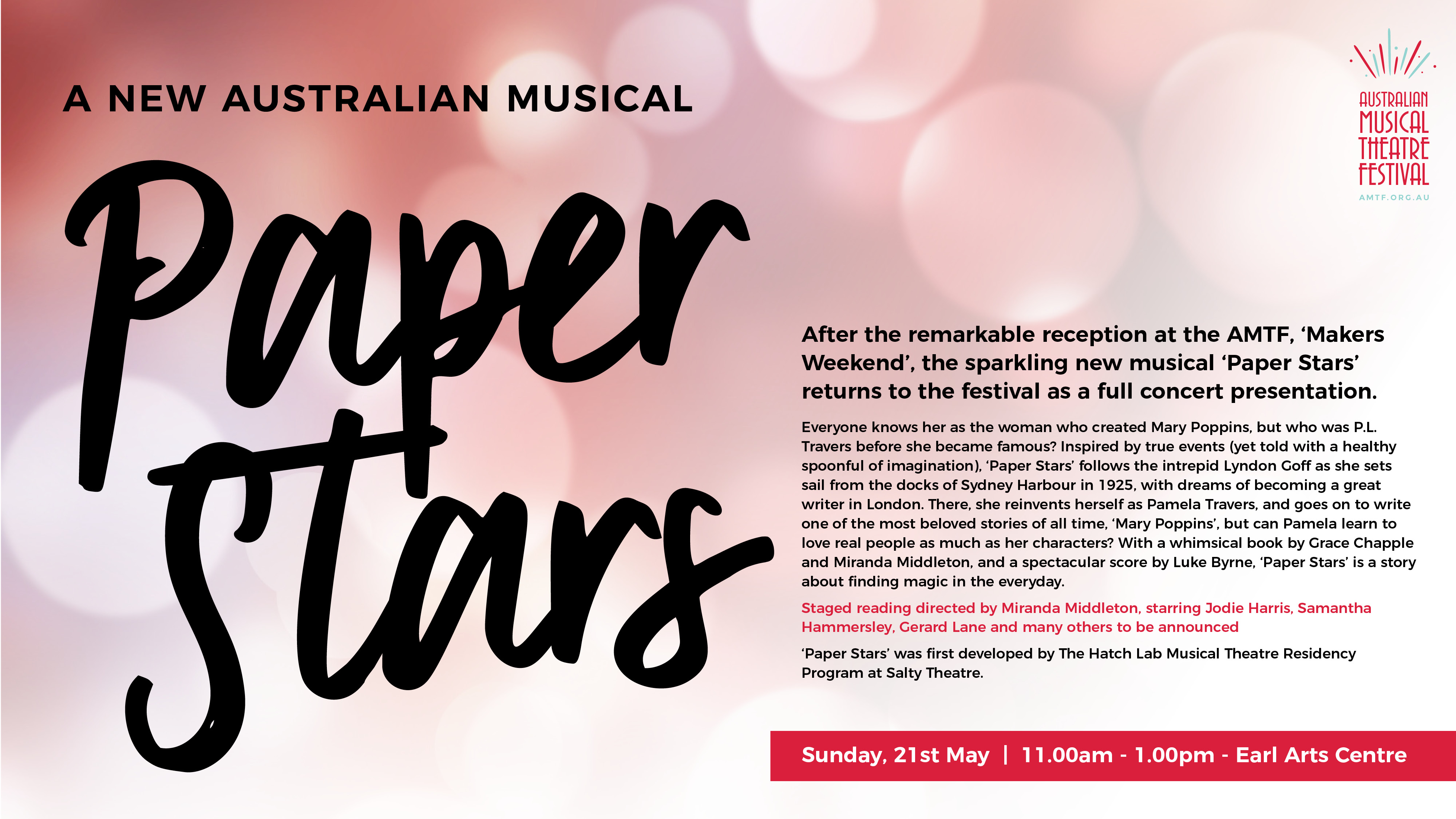