In Conversation with Philip Quast

Philip Quast is one of Australia’s greatest Musical Theatre exports, having achieved huge success in New York, London and Australia across all mediums. He is also one of our best teachers and one of the nicest gentlemen to boot.

This conversation takes us behind the scenes of his many acclaimed performances opposite the likes of Emma Thompson, Judi Dench and of course, Big Ted! It will also be a chance to discuss the otherworldly commitment that has seen him create some of the most detailed and diverse characters from a Judge to a Wolf to his incredible portrayal of Inspector Javert in the original Australian production of ‘Les Miserables’ (a role he played all over the world to great acclaim).

The boy from Tamworth who grew up to conquer the West End and work with Stephen Sondheim, Jason Robert Brown and Andrew Lloyd Webber has a host of stories of the bright lights, the craft behind it and the connection to creation.

A chance teaching job in China connected Philip with Festival Artistic Director, Tyran Parke where they collaborated daily and spent night’s sharing stories. This is a chance to grab a coffee and hear those stories and more in this intimate setting including a Q & A session for you to ask your own questions and learn the tricks of the trade from a true master. 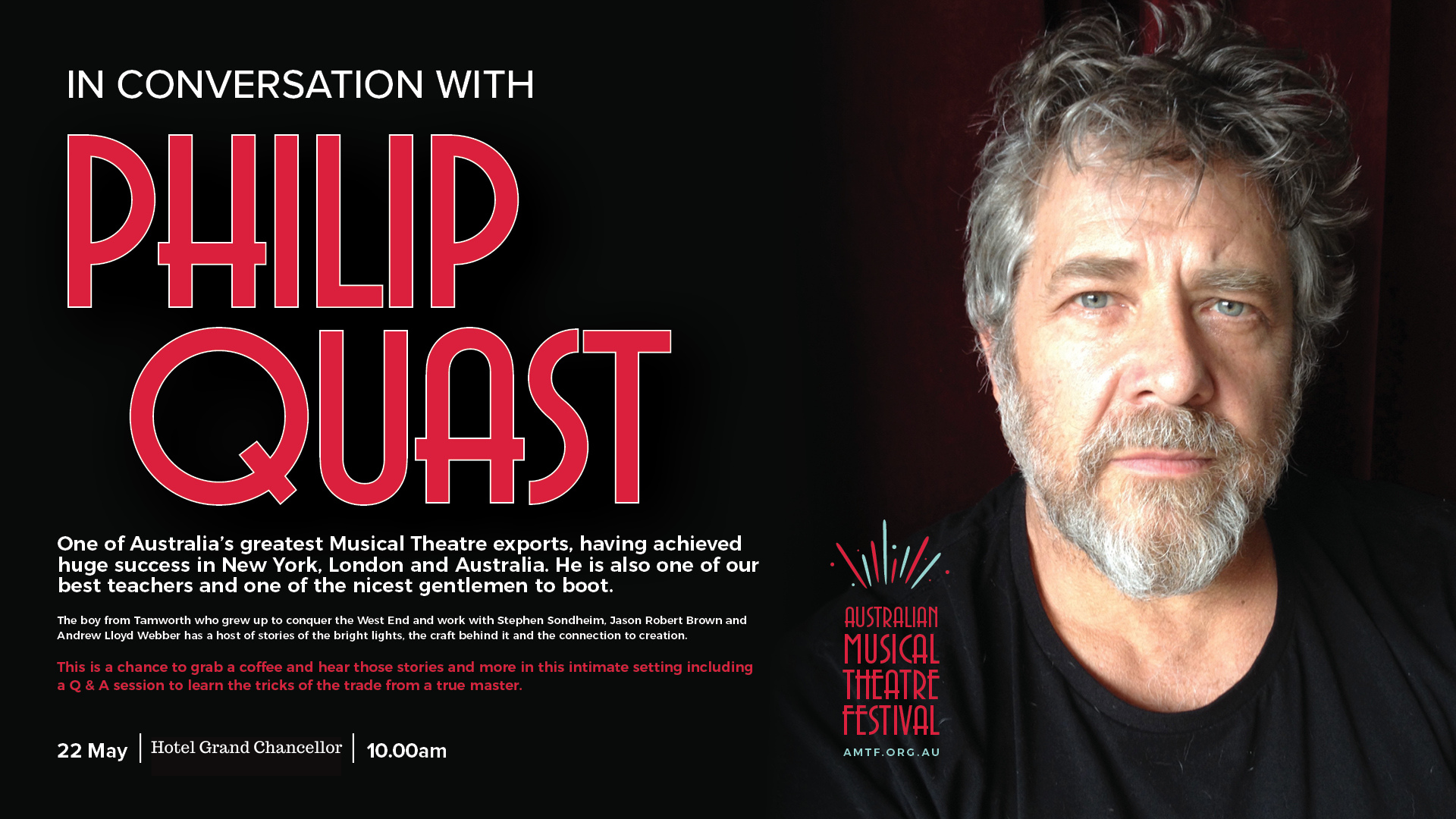