In Conversation with Paulini

This is a chance to engage with one of our most exciting artists in a conversation detailing the journey to success and the many challenges along the way.

Paulini has been heralded as one of the finest vocalists and performers to come out of Australia. The Fijian born songstress rose to fame through television screens on the very first season of Australian Idol which thrust her into the spotlight.

Since then, her pop career has continued to thrive, but it is through Musical Theatre that she has earned a new legion of loyal fans. In 2017, Paulini played the lead role of Rachel Marron in ‘The Bodyguard’ to great critical acclaim, singing 17 Whitney Houston tracks every night.

After the Bodyguard, Paulini joined the cast of ‘Saturday Night Fever’ as a lead vocalist, followed by another lead role as Dionne in the 50th Anniversary of ‘Hair’ in 2019. In 2020, she dazzled opposite Natalie Bassingthwaighte in the national tour of ‘Chess’ singing the smash hit, ‘I Know Him So Well’ nightly.

Hosted by Tyran Parke , this intimate conversation will include a Q&A session, allowing you access to the lessons of a life spent in music. An event not to be missed. 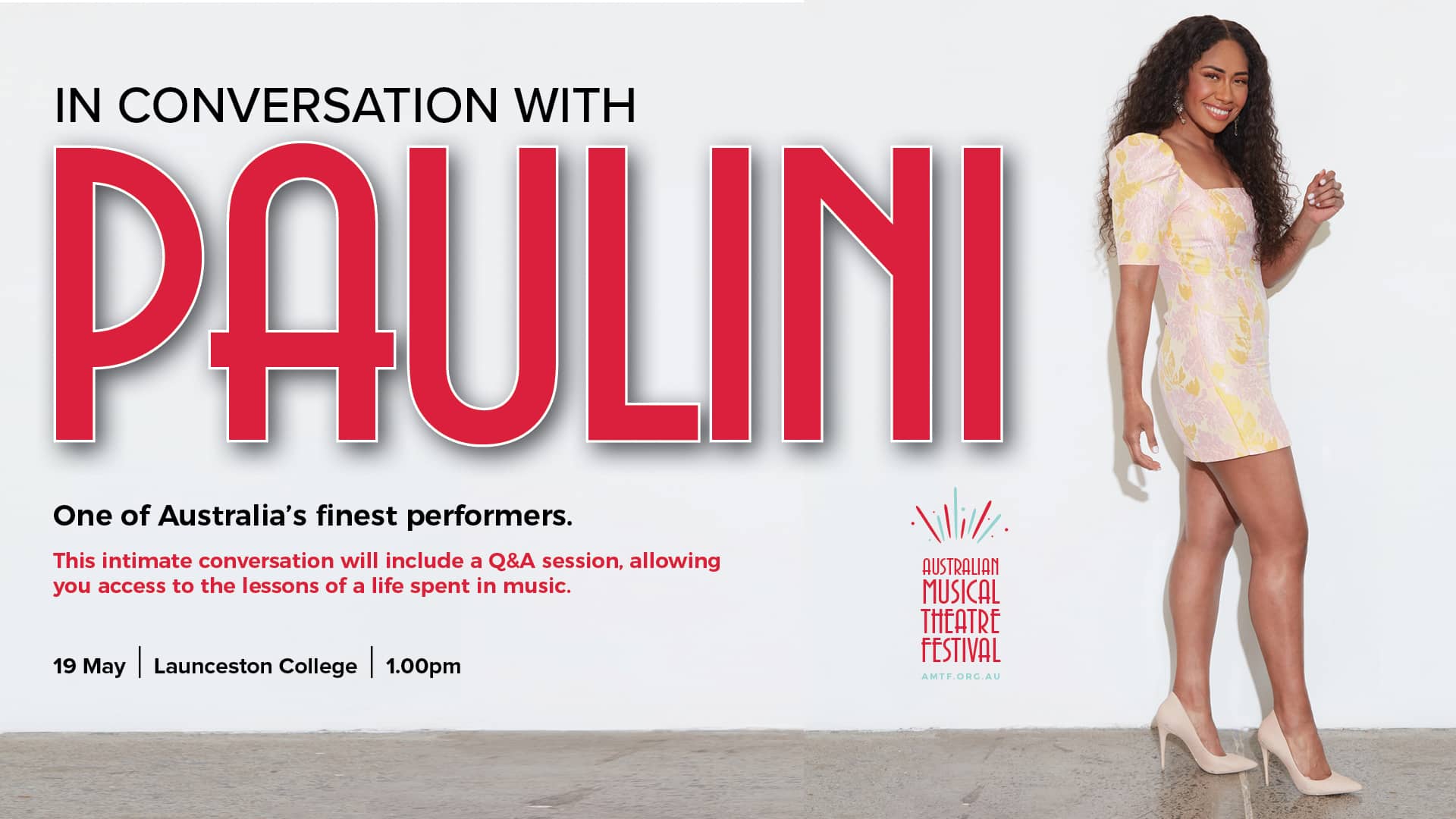