The hit songs from musicals you never got to hear. Return performance by popular demand! The acclaimed concert from the AMTF’s, ‘Maker’s Weekend’ returns for one night only!

There’s a saying in the theatre that musicals are not written- they are re-written! For every song that moved from the stage into popular culture, there was another equally glorious song written that just didn’t fit the musical. This concert is a chance to hear the music that didn’t make it to the cast album, the undiscovered hits that were cut through out-of-town tryouts, prior to Broadway. Featuring rare gems removed from shows such as ‘Wicked’, ‘Miss Saigon’, and ‘Company’ as well as others from the genius minds of Stephen Sondheim, Andrew Lloyd Webber, Jerry Herman and many more, this sparkling concert will feature local and emerging talent hosted by Tyran Parke. 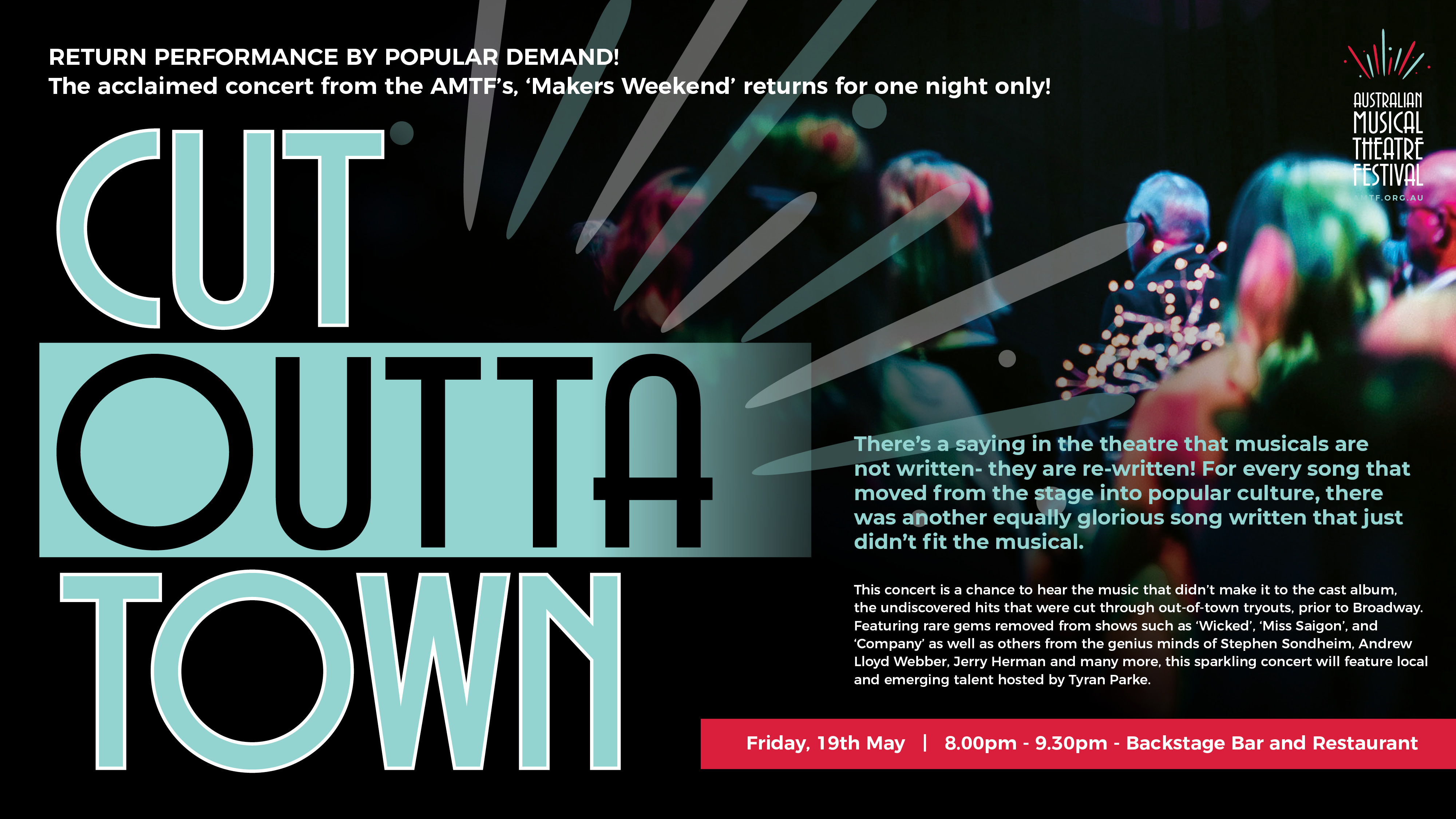