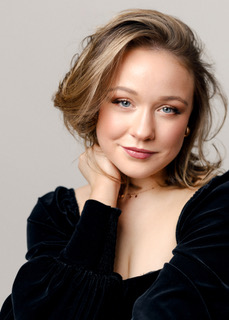 Chloe is a graduate of the Victorian College of the Arts with a Bachelor of Fine Arts in Music Theatre. Originally from Tasmania, Chloe moved to Melbourne to commence her training at the VCA.

Chloe performed as an ensemble member in the Australian premiere of Vivid White at the Melbourne Theatre Company in 2017 (dir: Dean Bryant), played the role of the assistant choreographer Lauren in A Chorus Line (dir: Tyran Parke) covering Cassie and played Rapunzel in the VCA production of Into The Woods (dir: Gary Young). Chloe was also the grateful recipient of the 2018 Dobell Foundation Industry Award. Chloe made her professional debut with The Production Company in Thoroughly Modern Millie in 2019 and most recently performed as a Phantom and Janet/Columbia cover in John X Presents’ The Rocky Horror Show.